• Diced potato, cooked like the pumpkin below, with caramelised onions

• Leftover cooked beans (any!), roughly mashed – either on their own or mixed with caramelised onions and/or cheese

The possibilities are endless and even the most humble ingredients will be so much tastier in a dumpling. Just make sure to season everything well. Maybe fry off a little bit of the meat filling first – to make sure it’s salted well.

You can use any wheat flour for the dough – plain or strong, wholemeal is nice and more nutritious.

The ratio of dough to filling is almost 1:1

So if your individual dumpling dough weighs 15-20g a tablespoonful or 15g of filling will do very well indeed.

I hope making these will cheer you up. It’s meditative..and the results – delicious.

If you don’t have eggs to use in the dough – don’t worry! Traditionally there is no eggs, just water and flour. I add one to help with elasticity, but eggs are scarce these days so I didn’t add any (just extra water) into my dough today.

In a bowl, whisk the egg with 70ml of water, then gradually mix in the flour to make a rough dough. Turn out onto a well-floured surface, leaving any dry flakes of dough behind in the bowl, then knead until the dough stops sticking to your hands and is firm and elastic. Wrap in cling film and leave to rest for at least 15 minutes – this will relax the gluten and make it easier to roll it out.

Prepare a flat tray sprinkled with semolina and some clean tea towels to keep your dumplings covered. This will prevent them from drying out while you work.

Khinkali is a national Georgian dish. It is said to have originated in Kazbegi and Tusheti mountains, but it is now made all over the country. Normally made with a mixture of beef and pork or with lamb, when we visited the hills of Akhalzikhe, Khatuna and her mother Raya told us that they used to make them using goose meat. Another Akhalzikhian, Marina, has later said that it was the Akhalzikhian Jews that may have started this tradition, and that they used dried goose meat to make them, their khinkali were also very small and had a simpler shape.

In restaurants, they leave the tip of khinkali, so the guests could niftily hold it in their fingers and discard it while the main bit is devoured with abandon. It should and will be full of juice inside, so watch your mouth and do not spill the juice. Ketino, who taught me this recipe, screwed this little end off as soon as she shaped the dumpling, the tip is a restaurant tradition, she said. I like the little tip though, I just don’t throw it away, I devour all possible pasta bits with abandon.

Mix the minced meat with the finely diced onion, garlic add half the water or stock, chilli, salt and pepper.
Pepper here is used as a spice, you should taste its heat in the resulting khinkali. Leave the
mixture to stand for about 15 minutes, then add the rest of the liquid, if using, and leave to stand
again for about 10 minutes. If it’s your first time, add less or no liquid – it will be much easier to
practise shaping them.

Divide the dough into two parts and roll each one into a sausage shape. Then cut each sausage into fifteen pieces.

Roll each piece into a rough 10cm circle. If you rock the rolling pin pressing on each edge in turn, you will make the circle of dough rotate – helping to make for thinner edges.

If you are new to this, start with less filling than you should ideally put in, as it will be easier to practise shaping the dumplings. If you have done it before, put a tablespoonful of the filling inside each circle. Now with the tips of your fingers start bringing the edges of the circle upwards and fold them one by one, pinching firmly as you go along. You will end up with a plaited money bag dumpling with a hole in the middle.

Pinch the ‘neck’ of the money bag really well, and either remove the tip or leave it. They say that 19
plaits makes a truly perfect khinkali. If you manage about eight-twelve – that’s totally cool.

Bring a large pan of salted water to the boil and when on a rolling boil, cook 8 khinkali at a time, for about 8 minutes. They will float to the top when ready. Traditionally khinkali are eaten just with some black pepper ground on top but I don’t blink an eye lid before drizzling it them with a little melted or even brown butter. If you don’t finish all of them, do not despair. They are even better refried until crispy in a little butter. Then you could serve them with a little bit of spicy plum sauce
tkemali or melted butter and some yogurt.

Tip: khinkali are supposed to be spicy, but if you do not enjoy spice, adjust the flavour to your taste. You can always soak de-seeded green chillies in icy water to get rid of some of the heat, but retain the chilli flavour. Keti in Kazbegi mountains added all sorts of beautiful flavourings, like dill seeds and wild thyme. Some add garlic, and fresh chopped coriander. Some say adding those is not right. But cooking isn’t about rules. Experiment, add what you enjoy. Ultimately, it’s delicious meat and juicy bouillon wrapped in dumpling dough – what’s not to like!

Traditionally, in Central Asia the pumpkin would be thinly sliced and then cut into strips, the onion would also be left raw, then seasoned and spiced. I find that pre-cooking everything a little and adding some barberries for a welcome sour tang makes shaping easier and makes for more robust flavour.

You can leave the pumpkin raw, but I find that roasting until slightly softened allows for easier dumpling shaping action. Just pop your diced pumpkin onto a baking tray, drizzle with a little oil, season and roast for 10 minutes. The pumpkin dice should soften its edges, but still retain its shape.

Onions are also left raw traditionally. But I prefer them cooked off with the barberries. Heat the oil in the pan, then add the onions and season them well with salt and pepper. When they become translucent, add the barberries and the spices. I put some wet baking parchment on top to help them steam and caramelise. The onions should become golden and soft and barberries will swell up nicely.

Mix the onions with the pumpkin and let the filling cool down completely [If you do have feta – a little bit of it here is lovely].

Have a small bowl at the ready. To make brown butter – put some butter into a small light coloured pan (so you can see change in butter’s colour as it cooks) and cook over a medium heat until it froths up. As soon as it smells nutty and turn a deeper golden, tip it into the small bowl.

To make the crispy onions, slice them thinly-ish, toss in a little flour and shallow fry in 50ml of oil in a medium frying psn, without overcrowding over low-medium heat. Cook until light golden (don’t take them too far as they will taste acrid).

Serve all the dumplings with the brown butter drizzled over them and crispy onions scattered on top. 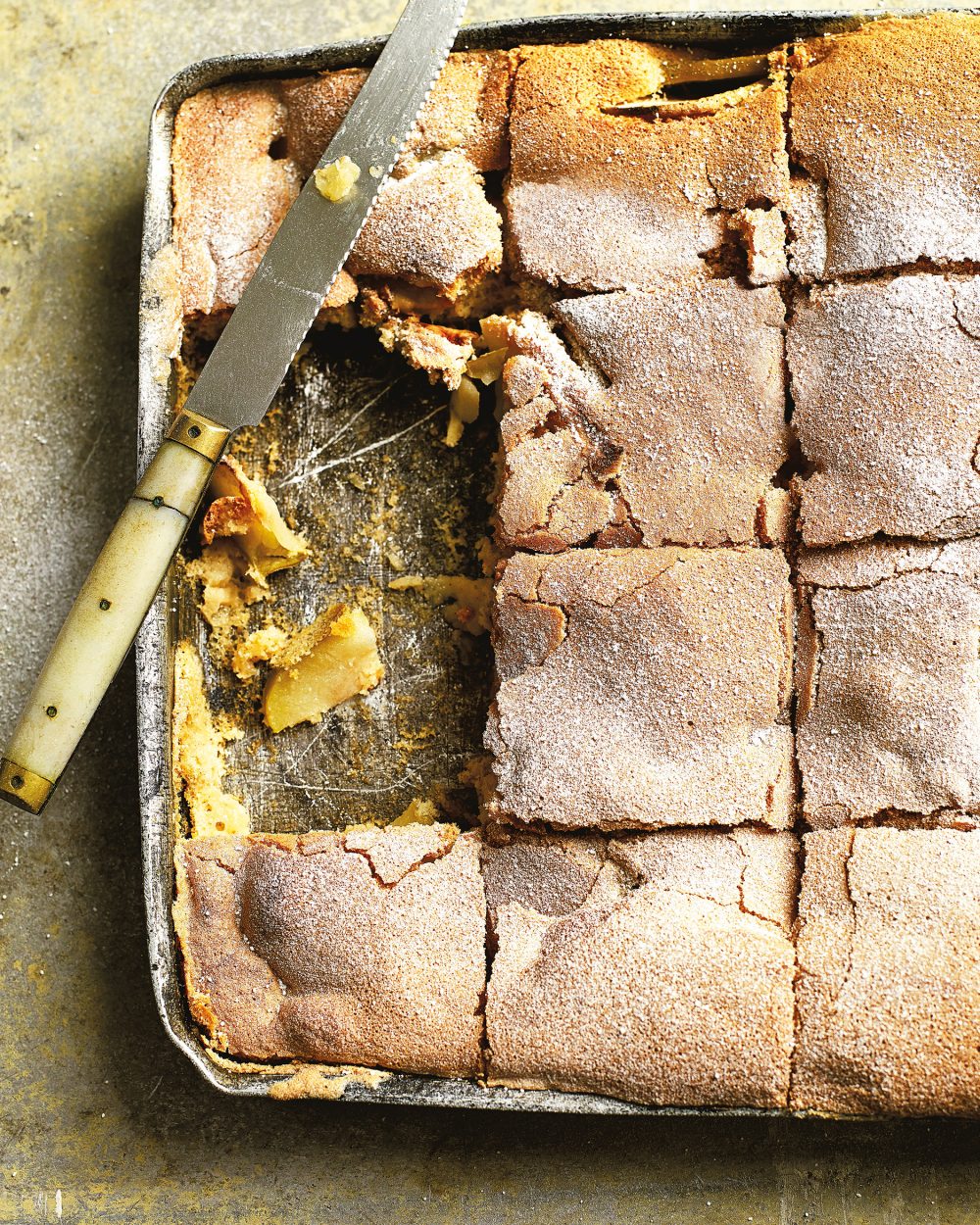 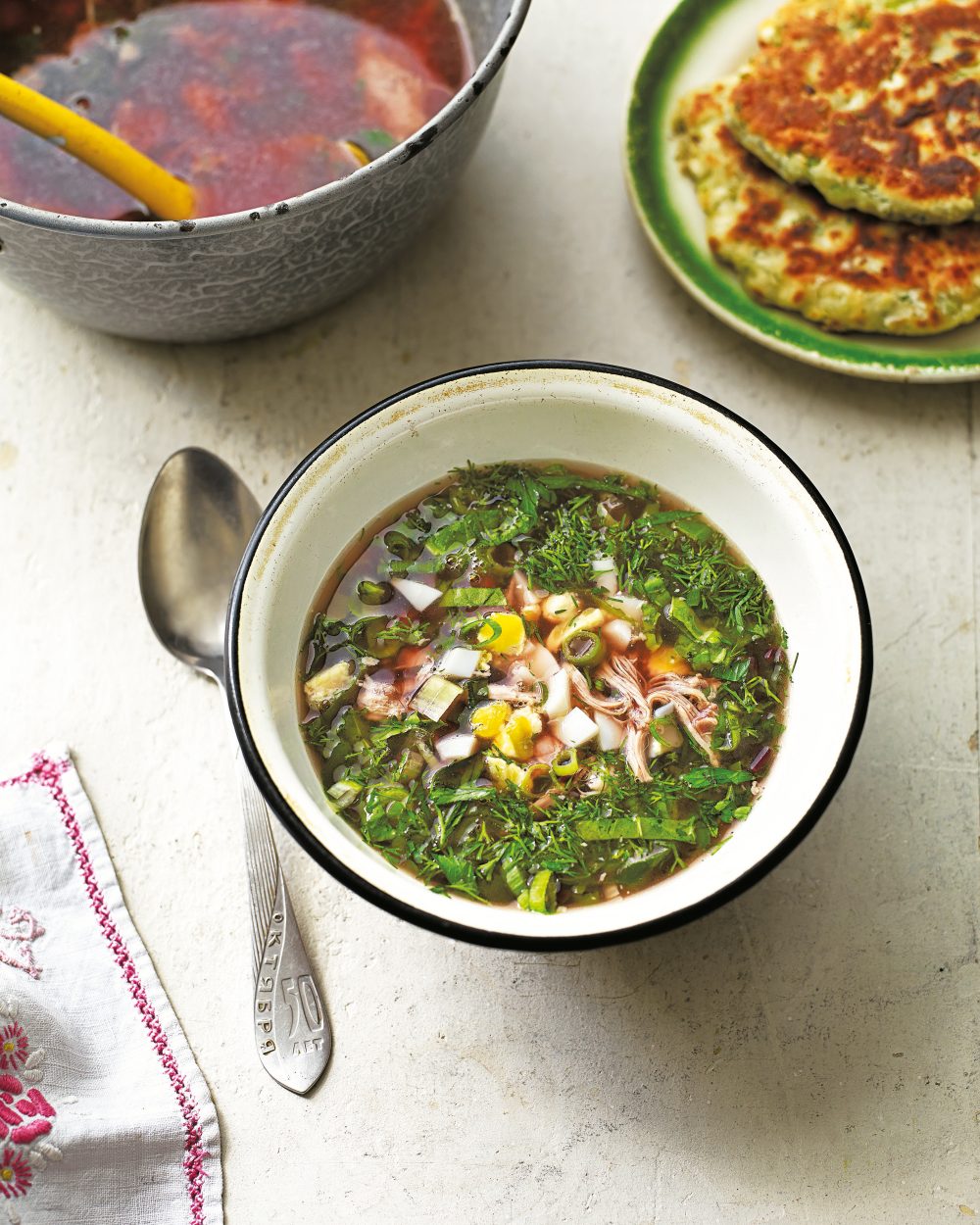