d version, using the humblest of ingredients, but it still looks so impressive. It is a meal in itself, but you can serve it with some grilled chicken or slow-cooked lamb, or thick wedges of spiced roasted squash. It is a good recipe for using up those packets of dried fruit hanging out at the back of your cupboard. You can use humble raisins or sour cherries, cranberries, chopped apricots or a mixture! Originally, large sheets of Persian-style flatbread are used, but I tried it with supermarket tortilla wraps and it worked a treat. As a salad accompaniment make a soft herb salad – dissolve a pinch of Maldon salt in the juice of one lemon and add a slick of olive oil, then pick plenty of leaves of mint, coriander and basil and dress them.

First you need to parboil the rice. Have a large roasting tray or platter at the ready. Put the rice into a large saucepan and then on the hob, and cover it roughly with 2 litres of boiling water. Add the salt and turmeric and boil, uncovered, for 7 minutes.

Drain it well and spread out on a tray to cool down.

Put the dried fruit into a small bowl and cover with boiling water. Leave for a bit to plump up.

Meanwhile, heat 2 tbsp of ghee or butter in a large frying pan and add the onions. Add a good pinch of Maldon to help them release the juices. You want these to first soften and then caramelise a little. To speed up the process, I cover them with some crumpled up baking parchment, and if they start catching, I add small splashes of water and scrape with a spatula.

After about 5 minutes of cooking, add the spices and the drained dried fruit. Keep cooking, stirring from time to time and deglazing until the onions look golden. With the cartouche and the scraping technique 15 minutes cooking should be sufficient. Turn off the heat and let the onions cool a little.

Now take a pot with a lid that you can put into an oven. I use a 20cm diameter cast iron pot. Put the tortilla wraps into a large bowl and then brush them very very generously with ghee or melted butter. They should be doused in butter as much as possible and become a little softer, more pliable.

Line the pot with the tortilla wraps in this manner. Put one of the tortilla wraps in, so one half of it covers a little bit of the bottom of the pan, and the rest goes up the side with a bit of an overhang. Do the same with the other two tortillas, so the bottom and sides of the pot are covered by the wraps. You are creating a kind of a shell for the rice to be encased in.

Now very gently mix the rice with the onions and, again very loosely, bit by bit, sprinkle the rice inside the tortilla-lined pot. With a back of a wooden spoon, make deep wholes in the rice, then trickle over the remaining ghee or melted butter.

Finally, fold the overhanging edges of the tortilla inwards, to encase all the rice inside the pot. Brush with a little butter on top to make sure the edges stick and don’t unfold.

Cover with a lid and put into the oven for 30 minutes. Then take the lid off and cook for a further 10-15 minutes or until the tortillas are looking crisp and golden.

Now get a large plate that you will serve the rice on and put it on top of the pot with the rice. Now very carefully, using oven gloves, holding the plate over, tip the pot upside down so the rice pie flips onto the plate.

You can serve it straight away, but it is also very good at room temperature. Take slices out, the rice will be aromatic and golden and the tortilla shell crispy and buttery. 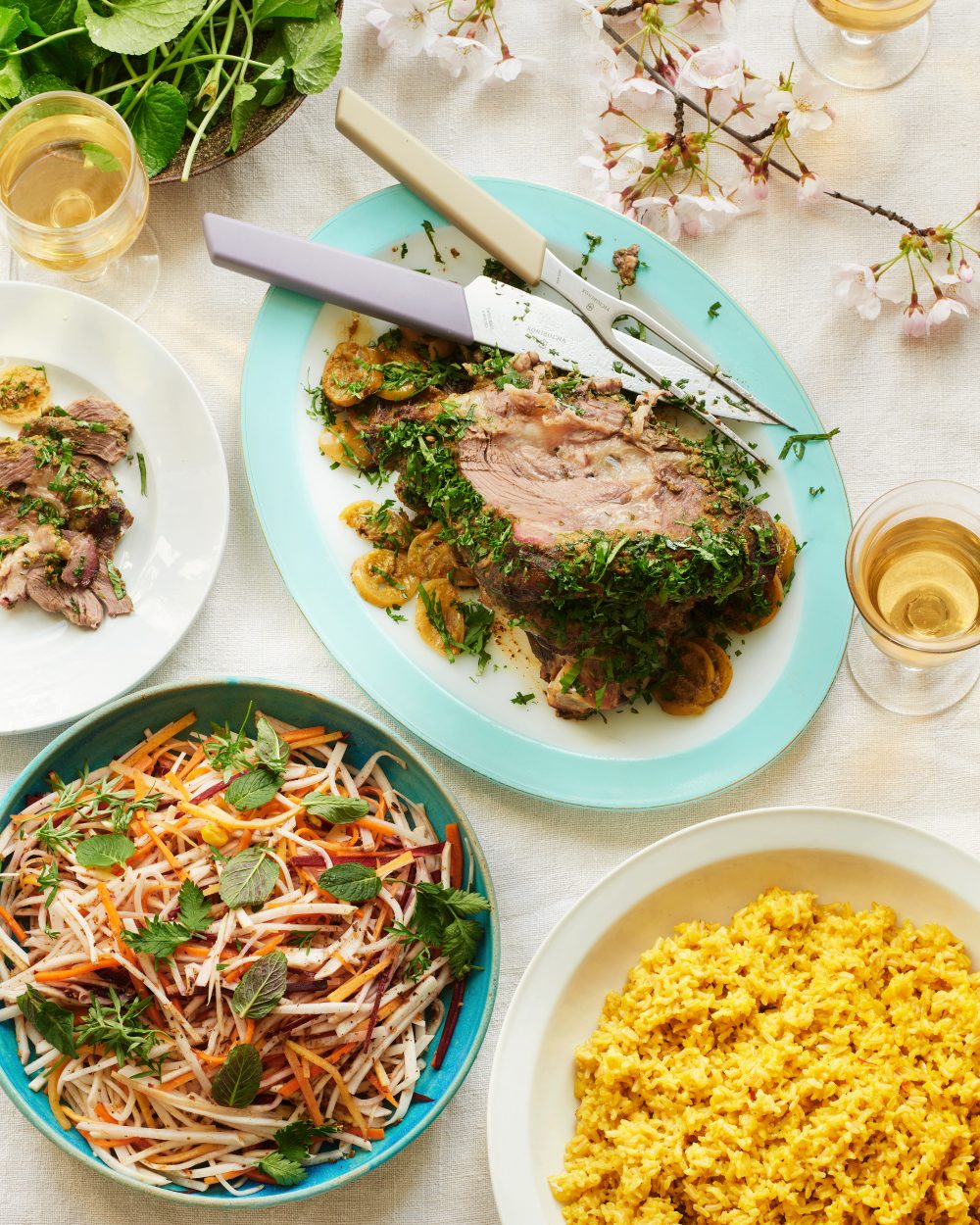 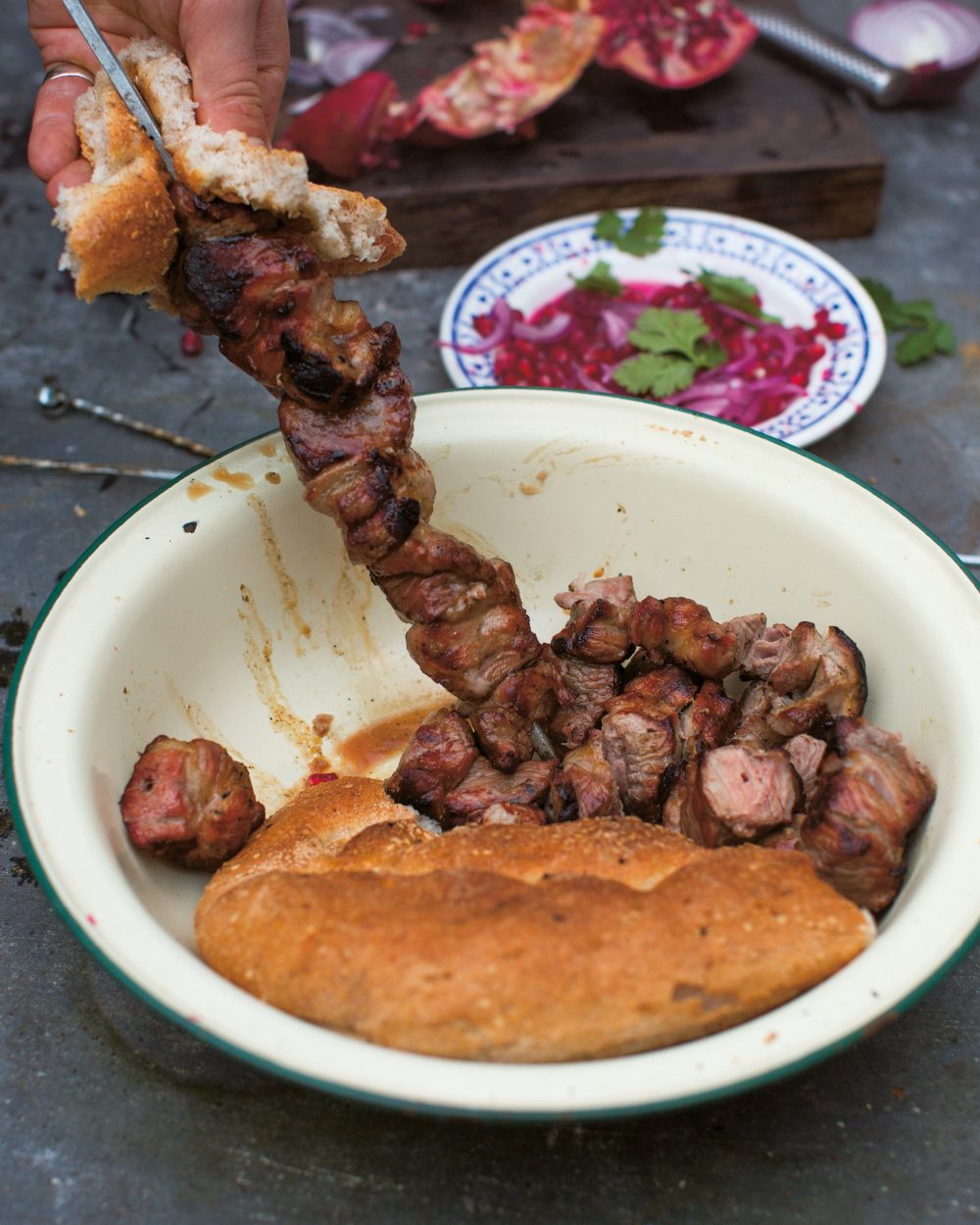 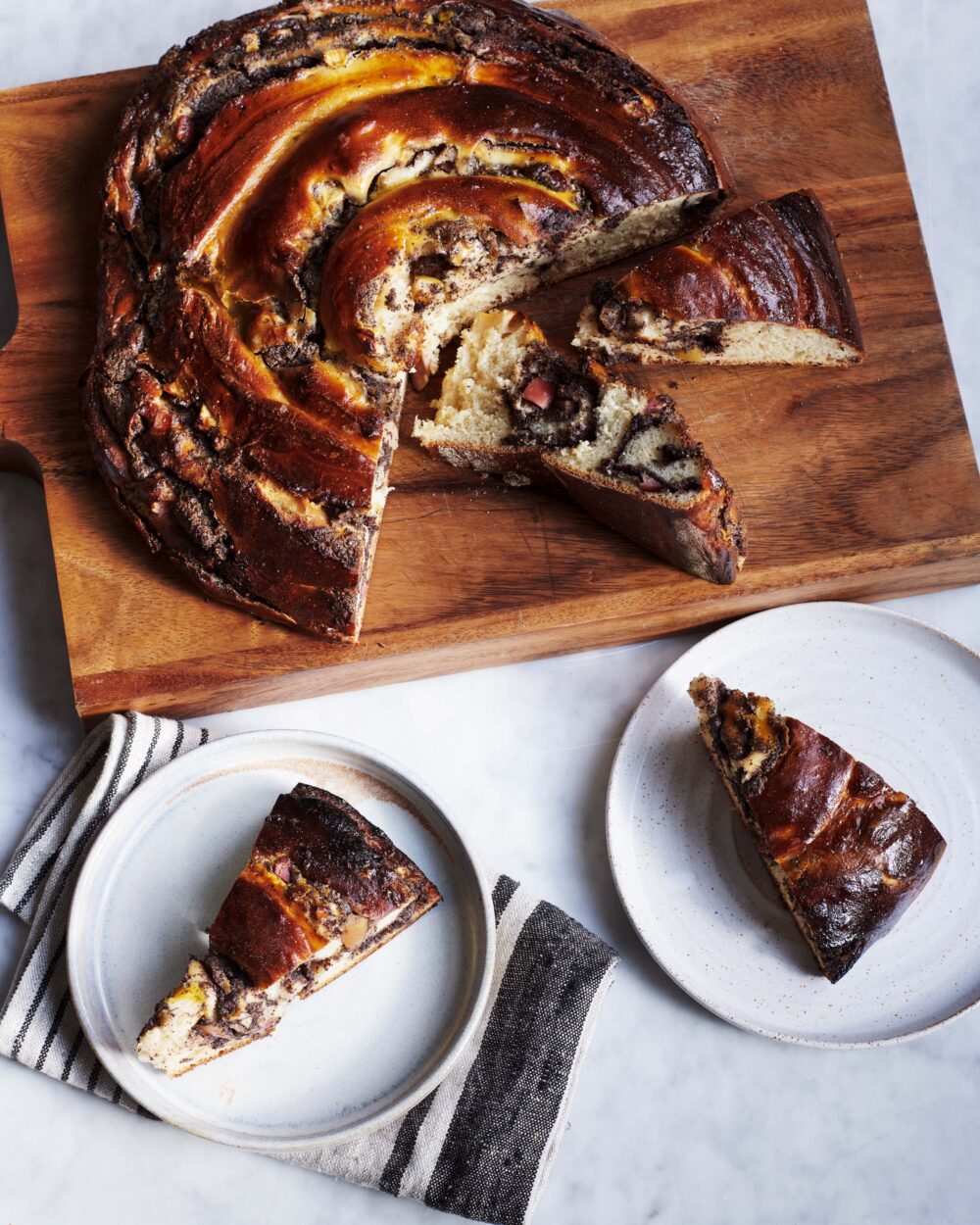